Last year in September, the news of the destruction of the famous arch on the Legzira Beach in Morocco had spread all over the Media. The red stone arch was one of the main sights of the country, which attracted a huge number of tourists from around the world. For thousand years the arch was formed by the tides. Scientists suppose that water caused the collapse of such a miracle of nature. It was known that last spring the arch broke off a piece of rock that led to a cracking in arch itself. Now, at that place of sights, travelers can observe only a pile of rubble. Fortunately, this arch was not the only one, as there is a second arch. Even if it is not so huge, but still exists and continues to prove its miraculous nature.

In 2014, the global tourism community included Moroccan beach Legzira into the top 40 best beaches on the planet. Travelers like it for its excellent opportunities for surfing, beautiful sunsets, and unique natural formations: arches of red limestone. Many tourists having rest in Agadir, at a distance of 150 kilometers, and they especially come here just for the sake of visiting these marvelous arches. It is not easy to achieve the Moroccan sightseeing, as travelers have to go a mile along the sea. The view of them is possible only at low tide.

It should be noted that fortunately, during the collapse of the legendary arch no one was hurt, though the famous arch has always been a place of many tourists. Despite the fact that the waves of the ocean undermined the arch for many years, and the collapse sooner or later had to happen, local residents and tourists took of what happened with sincere sorrow, because now, instead of the unique attractions they have to contemplate the usual pile of stones. Beach Legzira is hidden from the arches of the saturated color of the rocks. Unique coast, far from the tourist anthill, always intrigued travelers with natural features, created by the ocean over many centuries. And it is a great pleasure to spend the night there in tents in order to admire the red-orange sunset and the amazing sunrise.

This nature phenomenon is striking by its uniqueness, when the water has the power to create and destroy. 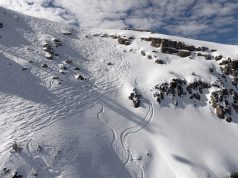 Farewell, But Not Good Bye